You are here: Home / Testimonial Tuesday / Food is the New Medicine

This testimony is written by Cody Franklin (age 24) from Texas. In the spirit of leading by example, Mike Lecompte taught his son-in-law, Cody, how he could properly heal his gut with food. Cody recently married one of my childhood friends, Mandy; they say that they actually save money eating this way! 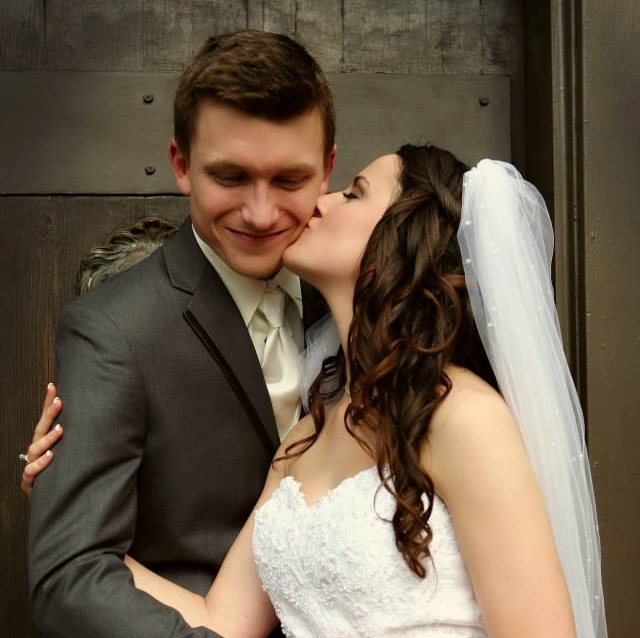 ‘We are going to run a few tests to make sure everything is functioning properly neurologically.’

That is what I was told before undergoing a spinal tap, about a year ago, after being placed in the hospital, suffering from severe muscle weakness, dizziness, fatigue, nausea, and the list goes on. At this point, I had been to see a top gastroenterologist and other stomach specialists in attempt to find a solution to these issues that had hit me like a brick at age 22.After three days, they released me from the hospital, not because I was better, but because they couldn’t give me a straight answer on what was going on…

One week later, I ended up in my doctor’s office again (imagine that). Reaching the defeating end of his guessing, he mentioned amidst our small talk that a number of folks in my generation had developed an intolerance to gluten as a response to the genetic modification of the modern wheat plant… bingo.

Two weeks later, after almost non-stop research and sacrificing all the wheat/grains (culprit) and other junk (sodas, preservatives, etc.) I had allowed into my body for so long, I was as good as new! Much of the credit, I must say, goes to my father-in-law, Mike LeCompte, who graciously explained (in detail) the ins and outs of this way of life, if you will, after being released from the binds of cholesterol medications, himself. Not to mention, he was a triathlete prior to this (Statin) prescription… for those of you who think an athletic/active lifestyle can permit you to ignore what goes into your body! There is some “food for thought”. I have since been on the Primal Diet, suggested by Mike, spelled out best on www.marksdailyapple.com, with some Paleo flare mixed in.
My wife has thoroughly enjoyed exploring all the delicious, guilt-free recipes that are now available only, and creating some of her own!
The most amazing part though, in my opinion, is the amount of money we have saved on food each month. We are able to keep our stomachs pleasantly filled, and our wallets! I am feeling better than ever, and I’m not on some strict plan that forces me to eat certain quantities at certain times… I can eat all I want, whenever I want (withing the boundaries of the Primal Diet, of course)!
I hope this has inspired and encouraged you to check out this Primal, yet revolutionary, simple way of looking at food and treating your body (in comparison to our accepted Western diets). Thanks, and God Bless!