Heather and I were lucky enough to “meet” online and have a Google Hangout a few months ago. That interview was mostly about my story, but today I’m sharing her AMAZING story. Read on to find out how food has changed her life in a tremendous way, and if you’re not much of a reader, watch her talk about her story on our video conversation. 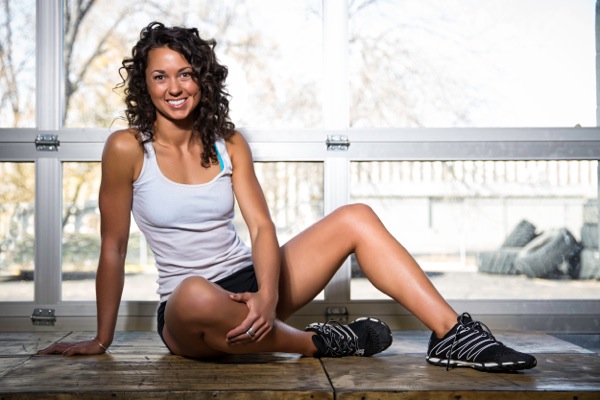 By following a Paleo diet, I literally don’t have to think about food anymore.

I went to college at Western Washington University and was immediately recruited for the women’s rowing team. I had not been an athlete before that, but I was tall and willing to get up at 4:15 to go to practice everyday. After my first day on the water, rowing through fog and cold crisp morning air, I was hooked.

When I joined as a freshman, our team had already won two consecutive national championships. We were a strong, successful team, with some of the fittest girls in school as our captains. I knew right away that I wanted to be like them. I wanted to be strong, fit, fast and lean.

My freshman year, instead of gaining the freshman 15, I actually lost weight because I was training so much. We would be on the water from 5 to 7 a.m. six days per week, with afternoon workouts that could last as long as two hours. I worked out as hard as I could, took naps, and ate A LOT! My diet seemed to consist of Kashi Go Lean Cereal, soy milk, trail mix, bagels, fruit and peanut butter. That was healthy, right?

At the end of my freshman year, I was one seat away from going to nationals with my team. Determined to make the varsity eight the following year, I marched into the athletic department office and made an appointment with Becky, who was a registered dietician. I knew food was important for performing my best, so I wanted to get some things straight.

After reviewing my food log, measuring my wrist size and asking my height, she said, “You should weight about 145 pounds, that needs to be your new weight goal. You should cut down the amount of fat you’re eating and aim to eat eleven servings of grains everyday.”

Mind you, I was about 157 pounds at the time, and hadn’t weighed less than that probably since fifth grade. Despite that, I took what this woman said as gospel and walked immediately from her office to the dining hall to start pounding bagels.

Fast forward to my sophomore year. I’m walking around at a regatta in my unisuit, making a concerted effort to not eat the food all the parents had brought for us. I was 5’9” and just above 140 lbs, and I looked like a bobble head. I had been calorie counting for months, aiming for 1800 calories per day, and my God the weight had come off. However, I was so far down the rabbit hole of an eating disorder, I had no idea what I was doing to myself.

As my team pulled their boats out of the water, crying with tears of joy for winning their fourth consecutive national championships, I cried too, feeling happy for them and sorry for myself that I wasn’t actually in the boat with them. My coach walked up, put his arm around me and said, “I want you to go home this summer, gain ten pounds, and come back ready to work…”

Furious that I had run so many miles, counted so many almonds, skipped so many meals and not achieved my goal, I went home to Alaska and ATE. I quit running, started hammering calories and gained fifteen pounds in three months. I came back my junior hear built like a brick shit house, the way I had been my freshman year.

By the end of our first quarter, I had made the varsity eight, and stayed there till I graduated, having helped my team to win two more NCAA National Championships, and being voted All-American my senior year.

So before I was introduced to Paleo, I had learned the hard way how important it is to EAT! If you are an athlete, you need calories. Period. Eating is a biological necessity. If you do not eat, you will die. If you do not eat enough, you will not perform at your best.

If you are an athlete you need calories. Period.

Today, I still eat a lot of food, but it is all dense proteins, boatloads of fat, and healthy sources of complex carbohydrates. I’m stronger, healthier and leaner than I was in my college days, and I don’t even think about the number of calories I’m taking in. Eating a truckload of Paleo foods allows me to maintain my “fighting weight” and feel sexy, strong and satisfied, no matter how much or how little I’m training.

There is way more to the story, but what I want the readers to be left with is, “You’re not alone. You’re not the only one that struggles with what to eat. You’re not the only one who struggles with their weight, or doesn’t like their body, or feels completely and utterly lost and confused.” For me, the answer to how to feed myself has been a seven or eight year journey, and the only way I figured it out was making a lot of mistakes, learning from them and always coming back to, “What makes me feel STRONG?”

I now run my own evolutionary sports nutrition and psychology of eating coaching business, OPENutrition. You can get in touch with me at OPENutrition.com to check out my individual and group coaching offers, as well online nutrition challenges and the my diet is SEXY video series. Because of my journey, it is now my personal mission to help other men and women develop a healthy and satisfying relationship with food. Food is here to nourish us, and provide us with the energy we need to show up powerfully in the world. By finding what diet works for you, you can live into your full potential, be the person you want to be, and have the life of your dreams.