What I love about blogging is that I get to share with you some of my favorite foods, places, products, or people in the Paleo world. There are some places and people that I come across and can see the passion shining in them! Their passion is contagious and gets me so excited to know we’re all working together to make this world a better place. 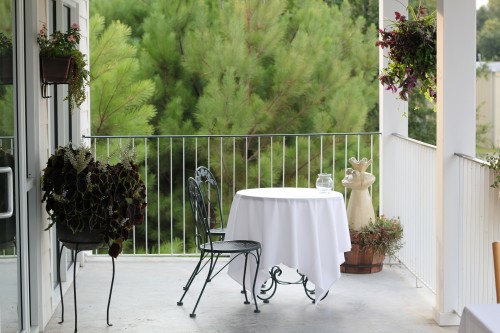 the patio of Opal Basil

Today on Sharing Saturday, I’m sharing with you a favorite local Paleo restaurant called Opal Basil on the Trace. The restaurant is located in Mandeville, Louisiana (an hour away from New Orleans). It’s hard to find restaurants that are Paleo-friendly, but its even harder to find Paleo-friendly restaurants that have great, gourmet food! Read on to hear about the world-known chef and his sweet wife who opened this restaurant together only a few months ago. 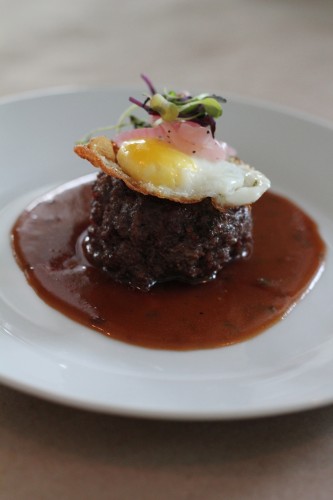 a totally Paleo dish made with local ingredients

I first met the Vasquez’s at the Farmer’s Market in Covington, Louisiana, where Chef Robert Vasquez was doing a sampling over at the Farmhouse Dairy tent. The chef was making stuffed chicken with goat cheese topped with an amazing sauce. One small sample and his food blew me away! We immediately decided to plan a visit to his new restaurant, Opal Basil, and give it a try. My sister was in for the weekend, so we made it a family outing. The restaurant has a great atmosphere and vibe to it. It’s fancy but comfortable and has lots of natural lighting. Chef Robert gave us a “feed-me” kind of dinner. Basically he kept bringing us Paleo-friendly food until we were full. The flavors rocked our taste buds, and we were in shock that someone knew how to make this quality of food Paleo-friendly. All of his sauces made without flours, all of his breading made with almond flour, and the combinations of each plate were perfect. I haven’t eaten a meal that tasty ever! 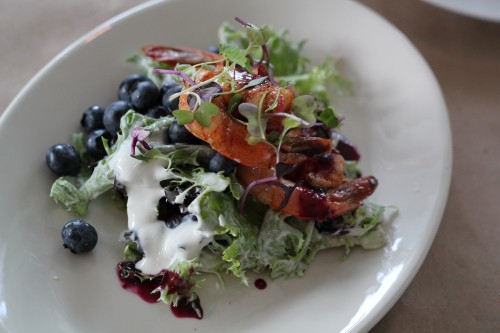 So that’s where it started, my love for Chef Robert’s food, so of course it got me thinking. Maybe he could help me with some recipes! Many chefs wouldn’t want to share their secrets or their knowledge, but this chef is much different. So his wonderful wife, Lindsey Jo, set me up a time to learn how to make his Paleo crab cakes, which will be featured on PaleOMG in the future.

I wanted to learn more about where he came from. How did he know how to make this quality of food? Come to find out, his story is amazing. He’s cooked in kitchens all over the world. When working in Beijing he was named Best New Chef in Asia, and later in Arizona his restaurant was named Top 10 Inns in the nation and best Southwest restaurant in Arizona. The list of accomplishments was so impressive, I have attached a document if you’d like to read his story further. 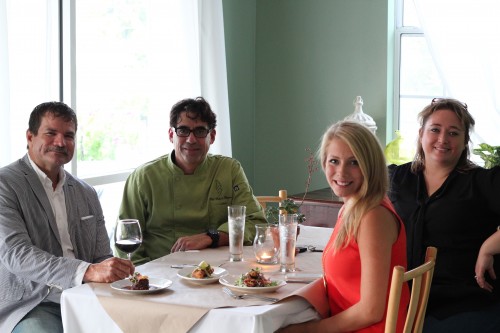 The best part about the chef’s story was his modesty, and his honest passion to serve others who like he said, “can’t eat in a restaurant without dissecting their plates” or “feel uncomfortable asking what they actually can eat on a menu”. If you eat a gluten-free or Paleo, you know going out to eat can bring some anxiety! At Opal Basil, you can feel comfortable knowing where your ingredients come from and how they are made. One of my favorite things they promote is the Farm-to-Table movement. The majority of their ingredients come from local farmers, who share a similar passion. Chef Robert says he wants to help others achieve their dreams by sharing their ingredients in his dishes. He has a close relationship with many of the vendors and invites them to dinner to serve them their food in ways they would never expect! I’ve already enjoyed a few meals over at Opal Basil and will definitely be making it a regular occurrence! If I were a food critic, I would give this restaurant 5 stars. 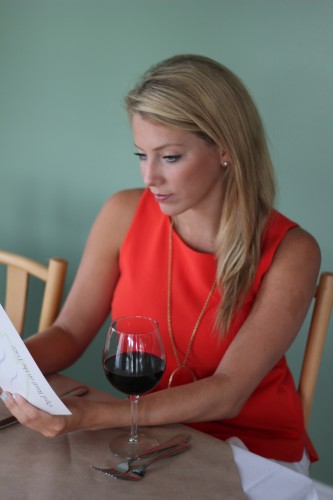 Hard decision deciding on a Paleo meal! I picked the deviled egg.