My Paleo journey is not anything glamorous and did not involve any serious medical conditions.  It was sparked by photographs friends posted on Facebook during Mardi Gras this year.    I knew I was gaining weight but those photographs painted a complete picture and I could no longer deny that I had quite the gut.

I first heard about the Paleo Diet one of my law professors at a CLE late last year.  At that time, the Paleo lifestyle made a lot of sense but it did not seem realistic for a busy attorney juggling a full time private practice on top of a part time position with the Public Defender’s office in Jefferson Parish.  After seeing those Mardi Gras photographs, I started doing a little more research and came across one of Robb Wolf’s post about the 30 day challenge to change to a Paleo lifestyle.   That day I packed almost everything in my cabinets in Rubbermaid containers to be donated to family members and I jumped right into a Paleo lifestyle.   I have never been one to ease into anything and Paleo was not going to be any different.     That was in March and I have not looked back since that time.

END_OF_DOCUMENT_TOKEN_TO_BE_REPLACED

So when it comes to how I got here, you first may want to know how my dad got here. He was the biggest motivation in changing my lifestyle and in creating this blog. His prologue explains his medical issues that occurred in May 2010, and this testimonial explains why he says,”Heart Disease Saved My Life”. 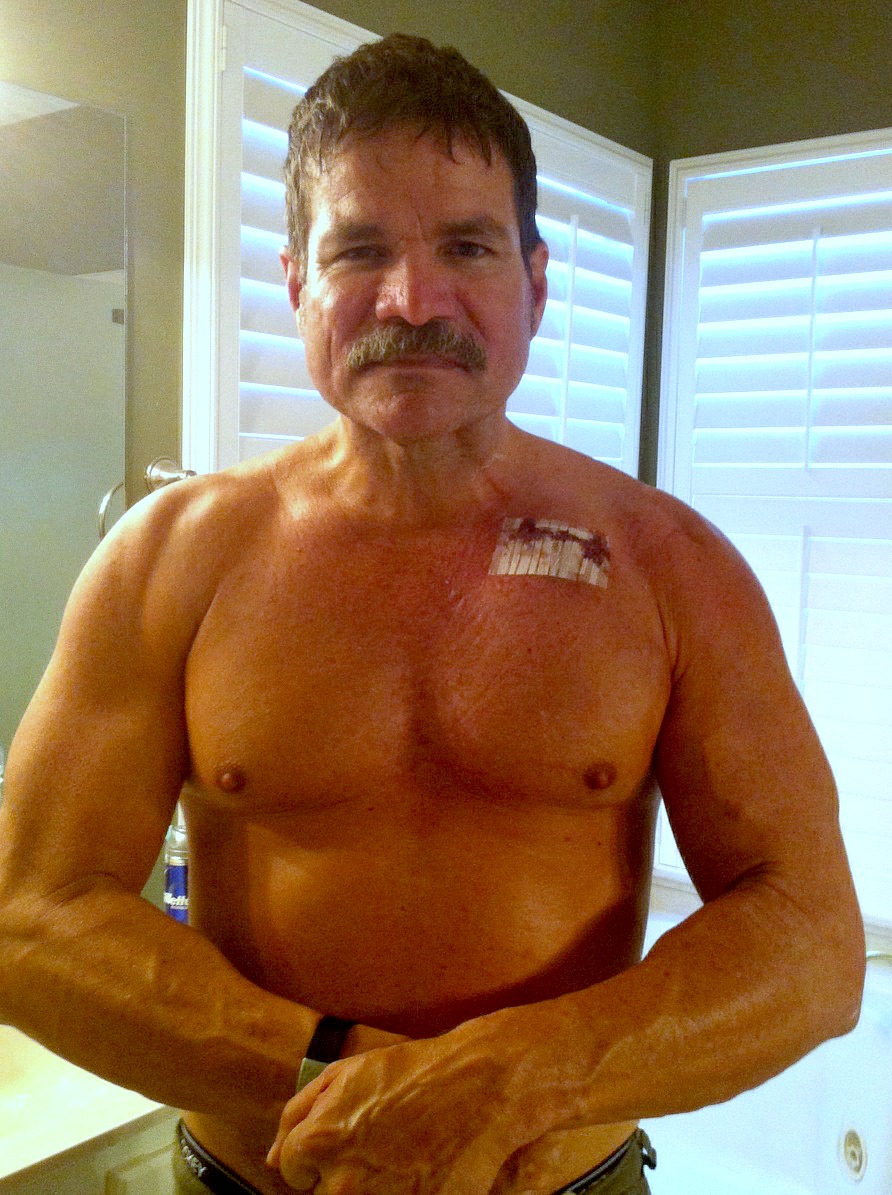 I realize that this is a strange tag line, perhaps thought provoking, but it’s true.  My current heart situation made me focus on the question, “How did this happen to me?”  I mean really focus!  In essence my heart disease led me down a lifestyle path that I believe will not only stop but reverse my progression of atherosclerosis (plaque) and allow me to live to life expectancy and beyond.   My previous rant was written in the middle of the night in St. Tammany Hospital’s CCU unit, three years ago, about how I got to this point in my life.  This process of reflection, research and study has brought me to some conclusions that are undeniable.  First and foremost is that I am truly blessed!   Wait a second, you have four stents and are on your third pacemaker!  Yes, but I shouldn’t be here!  Heart Disease is the number one killer in this country, more fatalities than all the cancers combined.  Fifty percent of all guys find out they have a heart problem in a box!  I am here to talk about it!  If you clicked on the link above, you know I had a 90% widow maker blockage and my body miraculously created collaterals through endurance training to avoid a fatal heart attack.  I have had no further plaque progression since my original stents, confirmed by an angiogram last August.  Keep in mind, stents are only a band aid, the problem is plaque production.  The latest theories on heart disease revolve around sub-particle LDL.  Multiple VAP test have confirmed that I have had a significant shift from small particle LDL (Bad) to large particle LDL (good) strictly by lifestyle.  I am leaner now than when I did years of ironman training over ten years ago, and I haven’t ran, biked or swam a mile in over three years, losing 35 pounds in the process.  I am back to a 32 inch waist, which hasn’t happened since college, and at age 52 seems a lifetime ago.  I know what you’re asking, “How did you do that?”  We are not there yet!  Walk with me some more.

END_OF_DOCUMENT_TOKEN_TO_BE_REPLACED

To those who think a vegetarian diet may be healthy, look to Tamara for advice. As a vegetarian for 22 years, her body rejoiced when she began eating a Paleo Diet. Tamara helped start a Facebook group called NOLA Paleo, and this is how we found each other!

My life has changed drastically in the last few years.  Until three years ago, I had been a vegetarian for 22 years.  Well not exactly a vegetarian, more like a carbotarian.  I stayed sick and my weight steadily increased.  I lived from one Weight Watchers meeting to the next. I read labels and counted calories. I ate on little portion-controlling sized plates.  I was probably averaging about 1200 calories a day.

Apparently I wasn’t reading the right part of the nutritional label.  I had been jumping from one neurologist to the next trying to deal with my daily migraines.  I wanted off the drugs.  I was taking meds to stop the migraines.  Then medicine for the side effects of the migraine medicine.  I had special “booster” meds for those migraines I couldn’t shake within the typical four days (after I had maxed everything else out).

I was miserable with almost all aspects of my health.  I felt like I lived with my head in the clouds.  I had to write everything down on notepads.  I wasn’t sleeping.  My skin was riddled with cystic acne. I seemed to have constant sinus infections and never ending belly issues.

My third neurologist in 6 months told me that I wasn’t going to like what he had to say.  But I was so miserable I was open to anything!  He said that I was my own worst enemy, and since I had migraines since I was a kid he could rule out the tumors and such. He said that I probably had a food allergy, and he couldn’t follow me around and watch everything that I ate.  He said it especially gets difficult when you eat processed foods that have many ingredients involved.

His suggestion was for me to eat meat, veggies, and fruit.  He even suggested that I give up the flours until I was certain of what was giving me my migraines.

I had nothing to lose, but I was convinced that I wasn’t allergic to anything! I was determined to prove it to him so I followed his instructions. I was still apprehensive about going back to meat but instantly felt like a million bucks when I did. My transformation was pretty quick.  Within a few days, I noticed my migraine lifted.

I continued to follow his instructions and go for three weeks before adding things back in one at a time.  I didn’t get past the day before I ended up with a severe migraine.  Come to find out, I’m allergic to MSG and most things hydrolyzed, modified, or autolyzed.

Life began to change. My weight fell off. My skin cleared up.  My head colds disappeared.  I began to sleep deeper.  And I’m more satisfied with my food than I ever have been before.

After three years of feeling alone in New Orleans, I began to search for others who share my views.  After meeting a few people on a website, we started a fast growing Facebook group called NOLA Paleo. There is nothing better than to have so many people with the same goals, all bringing something different to the table.  In NOLA Paleo, we have chefs to help paleo-fy recipes, green thumbs to solve caterpillar problems, and people willing to split shares of beef.

Through everything my biggest advice would be to find a support system.  Find someone whose eyes don’t glaze over when you start freaking out about some odd ingredient you found in your favorite food.  Find someone who’s willing to look at the pictures of your favorite meals. Find a group on Facebook, Marksdailyapple or anywhere.  But find others that will support you!   Most Paleo people aren’t strangers at all. Even if you hadn’t ever met, you already share so much in common!

Want to be the next Testimonial on my blog? Send me your story at bravoforpaleo@gmail.com, and I may feature you!