Now that I explained why I’m here, it’s your turn to decide why you’re here. What’s your Call to Action? What kind of changes are you looking for in your life? Remember that we always have room for improvement. Are you looking for better sleep? More energy? Weight loss? More muscle? A healthier lifestyle in general? Maybe you feel great about your lifestyle and think, There’s nothing wrong with the way I look or live, and I’m perfectly fine with eating the standard diet. I’m normal and it’s okay. But is it okay? Is it okay for us to be eating all these harmful foods just because they taste good? Is it okay to be consuming things that will inevitably decline your health and standard of living? Personally I’m going to go with no on this one. Maybe it is the normal at this day in age, but let’s go back to our ancestors called the hunters and gatherers. Look around the Earth at what foods would be available. Surely there would be a variety of meats, seafood, fruits, and nuts in abundance. This was the normal then, and at this time our ancestors had lean, strong, and efficient bodies. We evolved to eat this way, and emulating this diet will indeed make you lean, strong and efficient also. So here’s the point, you can eat normal for our modern society, but you have to be willing to take the rest of the package too. What are some normal consequences that will follow the modern day food? TWO- THIRDS of adults in America are overweight or obese. How’s that for a mind-blowing statistic? How about heart disease? 600,000 people die of heart disease every year (which is 1 in every 4 deaths). Does it worry you a bit? Because it should. What our country is undergoing is called an obesity epidemic. This isn’t just something we can ignore, because it’s everywhere we look. It’s normal to see many overweight people everywhere we go and see many fast food chains and see many vending machines and see many fitness gyms and diet commercials. Wait what? Fitness gyms and diet commercials? Yes.. Actually our country spends about $40 BILLION on weight-loss programs and products each year. Sounds like business is doing well for the weight-loss industry, but we look around and it’s not working. The calorie obsessed, diet obsessed, quick fix obsessed society is not getting any smaller or healthier. We’re getting bigger and bigger and bigger every year. Obesity has doubled since the 70s.

So where’d we go wrong? We took the fat out of food in the 50s and replaced it with sugar. Our government has an emphasis on carbohydrates (actually making it the base of our food pyramid), which turns into sugar as soon as it gets into your body. In biology we actually refer to carbohydrates as sugars. So take a minute and forget anything you’ve been taught about dieting and losing weight and what’s healthy for you. You must go back to your roots now. Your roots are in nature. Sometimes I think we forget our species is an animal. The best food for an animal wouldn’t be a food-like product. It would be food found in nature. So ditch those 100-cal snack packs, hunger reducing protein bars, diet pills, low fat products (chemical shit storms as I call them), or how about you just ditch ALL processed foods. Because they’re making us sick, they’re making us fat, and they’re not real foods. Many people will ask, Why do you care about eating healthy? Why do you go through the trouble of cooking? I care about what I eat because you truly are what you eat. My food is my nourishment. It provides my body energy to move and live and grow. Why would I give my body chemicals and almost poisonous food as energy? Of course that fuel would not do well. Our bodies are like cars, you put the wrong fuel in the tank and you’re just not going to run as well. So why are you here? Well you decide that yourself. Only you can decide who you want to be and the quality of life you will have.

You may be confused what the Paleo diet is; here’s Paleo in a nutshell!

Although this diet may seem like just another fad in the nutrition world, this lifestyle is based heavily on knowledge from Anthropology, Archaeology, and Biochemistry. If I could give one piece of advice to my readers it is to abstain from processed foods and start eating real foods. Although many diets embrace this idea, the Paleo diet takes it a step further by defining the “real/human” foods as the foods humans ate before the introduction of grains, legumes, and dairy. Instead of thinking as the foods one cannot eat on the Paleo Diet, one must think of the many foods that we can enjoy.

The Paleo Diet is about variety. It is important to eat real foods in season. Try to familiarize yourself with local food vendors and the way they grow their food or raise their animals. Animals should eat what they are meant to eat depending on the species (ex: cows should eat grass, not grains). As you learn more about this diet, change your mindset and start thinking of what foods would be available if you had to live off of the land by hunting and gathering foods. Also begin to think of what kind of a lifestyle a caveman would maintain.

This graph explains the Paleo Lifestyle in a quick view. Click to Enlarge. 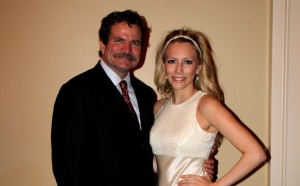